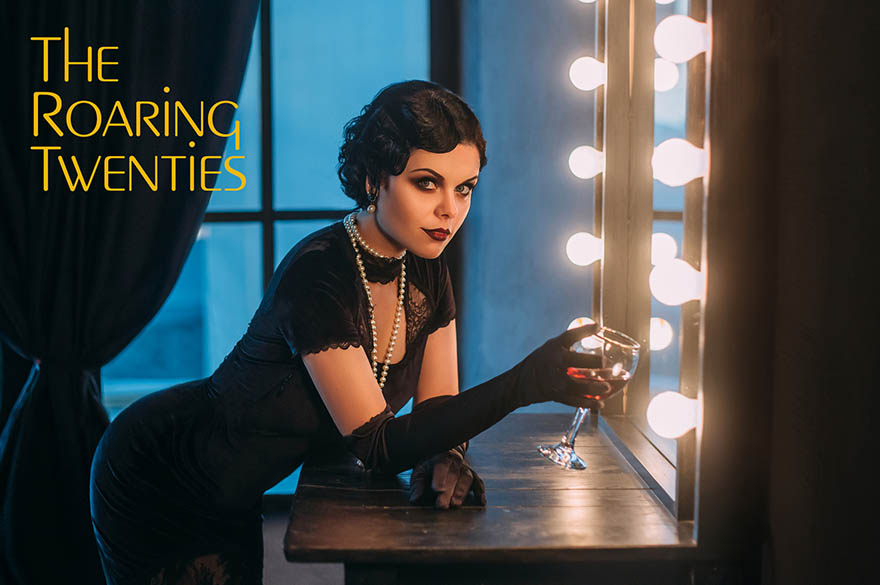 My intention is plain; alongside the video murder mysteries, create downloadable murder mystery games (for parties of 1-100 people…maybe).

The problem is that I don’t quite know how to write them. But, when I have figured it out, there may be the regular ‘favourites’ (i.e. the sort of downloadable murder mystery games that every other online mystery company offers): The 1920’s theme (very popular murder mystery decade for some reason – possibly due to Agatha Christie), maybe a cowboy themed murder mystery, a gangster murder mystery (I never understood how that works – Gangster murder everybody! That’s their job).

How to write a Downloadable Murder Mystery Game?

I have NO EXPERIENCE of writing such a thing. I suppose you could describe this one, The Nighty before Christmas, as a downloadable murder mystery game. After all, you download the paperwork. The difference is that you don’t play the parts. We do.

My problem at the moment (and when I overcome this problem, I hope to have a template) is that I don’t know how to control these games.

When I shoot and edit a mystery, I have total control. It is, in a way, an extension of our live shows. I control how much the audience sees, how much information they know and when they know it. By handing all of that over to the audience, I can’t be sure that vital clues have been delivered.

But I will soon (ish) be moving everything over to my new site, Murder Mastery, where I hope to host my online video based games (this one, the original Lockdown Murder Mystery, the Sherlock Holmes Mystery and, at some point, The YouTube Murders) but I also want to offer the downloadable mysteries. The sort you buy and play at home, or at a venue of your choosing.

What themes will be on offer?

But I don’t want to offer the same as everyone else. I want mine to be unique. There are loads of murder mystery companies out there offering titles like; Death on the Bile, Murder on the Oriental Dress, America’s got Murder, the Masked Gunslinger. All playing on film titles or popular TV shows.

I want mine to be a tad more realistic although, having now started on a couple of scripts, I can see why the murder mystery business always uses funny character names. One, they’re more memorable (and sometimes quite amusing), and two. they avoid the chance of slander by using a the real name of a living person.

I’ve written murder mysteries for over 30 years but never these sort of games. But when I look at the murder mystery companies that do offer boxed or downloadable games, I notice that they offer variations.

Some companies offer a different answer each time you play. THAT, I don’t get. For me, it is important you get the chance to work out whodunit by following the clues. If the killer is randomly selected, how does the writer plant…anything? It can only be a lucky guess.

And that suggests it isn’t the whodunit part that is important. It is the fun your guests have along the way. Dressing up, taking on a role and, perhaps, leaving your comfort zone.

But for me, there has to be the chance to follow the clues to their logical conclusion and solve the mystery. Otherwise, why bother calling them ‘Downloadable Murder Mystery Games‘ at all. Why not simply call them ‘Dress up and have a laugh’ party?

I get asked why I still only charge £3.99 for my original Lockdown Murder Mystery game. The answer is, of course, that I can’t change it because it is BUILT IN. Not only does it repeatedly say, within the videos, that the game is just £3.99, but it also features THROUGHOUT (by means of a poster in the background) in the Christmas Murder Mystery game.

So it’s a good idea to target this search term. And I also feel that, by offering a free game, I’ll spread the word of Murder Mastery.

That’s the theory. But, at this moment in time, my intention is to offer a (sort of) free game. ‘Sort of’ in that I’m toying with the idea of a ‘Pay what you think it is worth’ game. A dangerous concept (players may think it so bad that I should pay them). But I’d like to offer it for free, play it and, if you like it, buy more.

As for my competition, the prices vary so much. There are some fairly cheap mysteries out there, but some run into the high tens or even hundreds of dollars.

Why? What does it cost to produce them other than time?

My video mysteries take time and, in the case of The Christmas Murder Mystery, the cost of paying actors. But a downloadable murder mystery should only take time. Time to write, time to put the paperwork together.

What do you get for your money?

When I look at some of these websites, I can’t be sure I’m actually buying. Often, they sell you the idea you’re in Victorian London or 1920’s Chicago or wherever. But you have no idea what you get as far as the game goes.

I want my audience to be very clear what they might expect to get, and how much reading they’ll be expected to do (I’d like to keep that to a minimum but nor can I expect anyone to learn lines).

There is a company who sell downloadable murder mystery games called Whodunit Games. You can’t be certain about what you actually get (although their home page, at this moment in time, features an online mystery that doesn’t really do them any favours). But they do one thing very well. For some of their games (not all) they offer an intro video. It uses stock footage – again, expensive – but it does a good job of selling the aspiration. Check out their A Very Merry Murder (I’m on dangerous ground here – direct competition to my own Nighty before Christmas).

And I wonder how much fun  can it be for the introverted sort? Those who complain, ‘A murder mystery! I’m expected to dress up?’ Only to get the response, ‘Don’t be a misery. You’ll enjoy it. Put your cowboy hat on.’

And then there is the male/female quota! How do you figure that one out. Again, you see that others suggest the game requires 5 males and 4 females or whatever. But how to deal with Hen Parties, same sex partnerships, etc. You can’t give EVERY character an androgynous name. Can you?

However, there must be money to be made (unlike my online mystery games to date). If you take a look at one company (who specialise in downloadable murder mystery games and, it appears, little else), you will see they are ALWAYS advertising on Google Ads (go to google and search ‘Downloable Murder Mystery Games’ and there they will be). Google Ads are not cheap (believe me) so it must be worth their while. They are called (not Murder Mastery but) Masters of Mystery. Check them out.

But DON’T BUY their games! Come back to Murder Mastery and, as soon as they’re available, you can buy all of your downloadable murder mystery games here.

What do you want?

If you have ever bought and played a murder mystery game, I’d love to know what YOU like about these games and what, if anything, would make them better for you.

I’d particularly like to know what makes them special for you. It could be:

And also let me know what you don’t like (I can only guess but I would include):

Let me know what would make a murder mystery good for you. Do you want a script for a party of thirty people, or a more intimate evening with just four? That sort of thing.